There are plenty of videos showing how to trick Amazon Echo (Alexa) and Google Home into an infinite loop. Some folks used calendar entries, others rely on the good old Simon says trick. Since we share our realm with at least four AIs (that we know of), my wife and I decided to level up in the looping game.

It turns out, there are quite a few challenges to overcome when you want to integrate Siri or Cortana into the loop. Let’s start with a summary video. Skip to the end to see the outtakes 😅

The basic idea is to make one AI say something that triggers the second AI to say something that triggers the next AI and so on… We used calendar events and notes. Mostly because you can easily manipulate them while the experiment is running. This also makes for a great game: Manipulate the AIs’ conversation without any human speaking. Just cloud data manipulation. It’s harder than one may think!

Siri has a cool feature: She doesn’t listen to everyone. To use Siri, one has to make her accustomed with ones own voice. This is done by speaking pre-defined phrases like “Hey Siri, how is the weather today?” Luckily, those phrases are not randomized but stay the same for every training session. I see an attack vector there. 😬 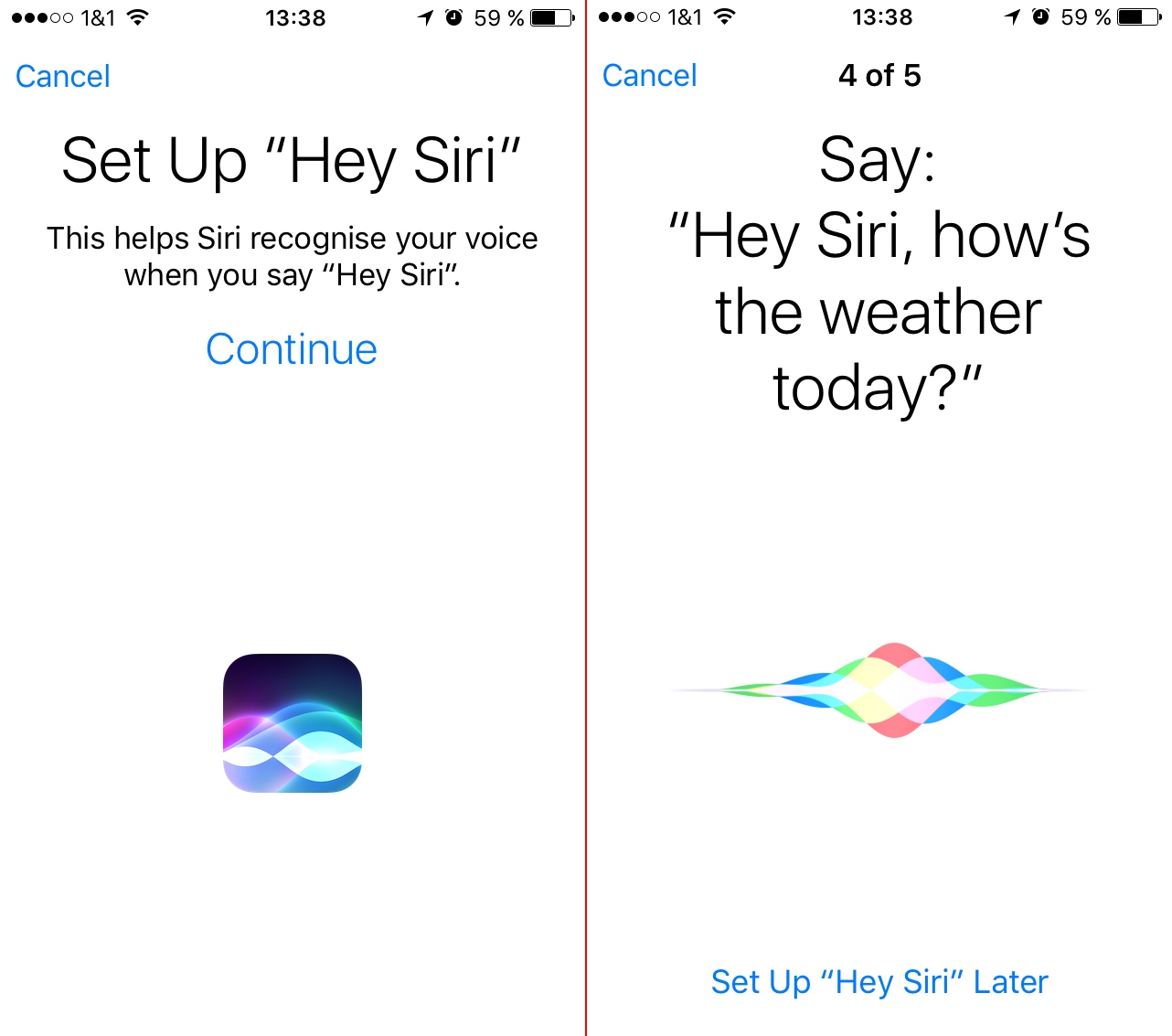 Another caveat we found is, that Google Home loves to truncate long calendar event titles. We had to change the event title for every step of the training process. That was tedious and we tried several times until Siri was trained well. One time, we accidentally trained her to the phrase “HeySiri HeySiri”. 😂 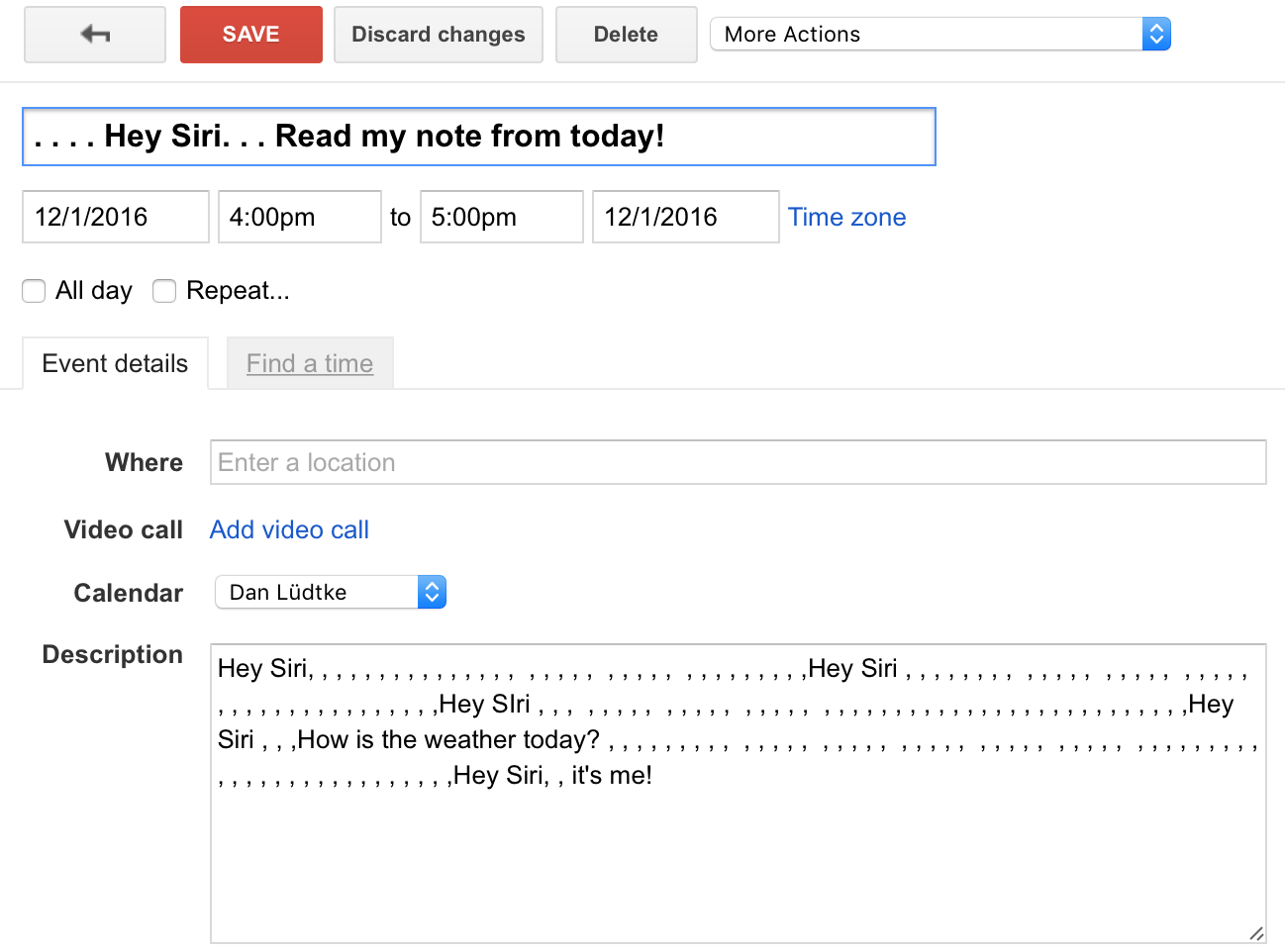 Listening into the past

We discovered that Siri likes to listen into the past. When we made Google Home say something like “You have one appointment and the title is: Hey Siri…“, Siri would not start listen at the phrase “Hey Siri” or after the phrase “Hey Siri” but also grab a couple of phonemes from earlier to the activation phrase. Sounds scary, but what do we expect from an always-listening AI, right? 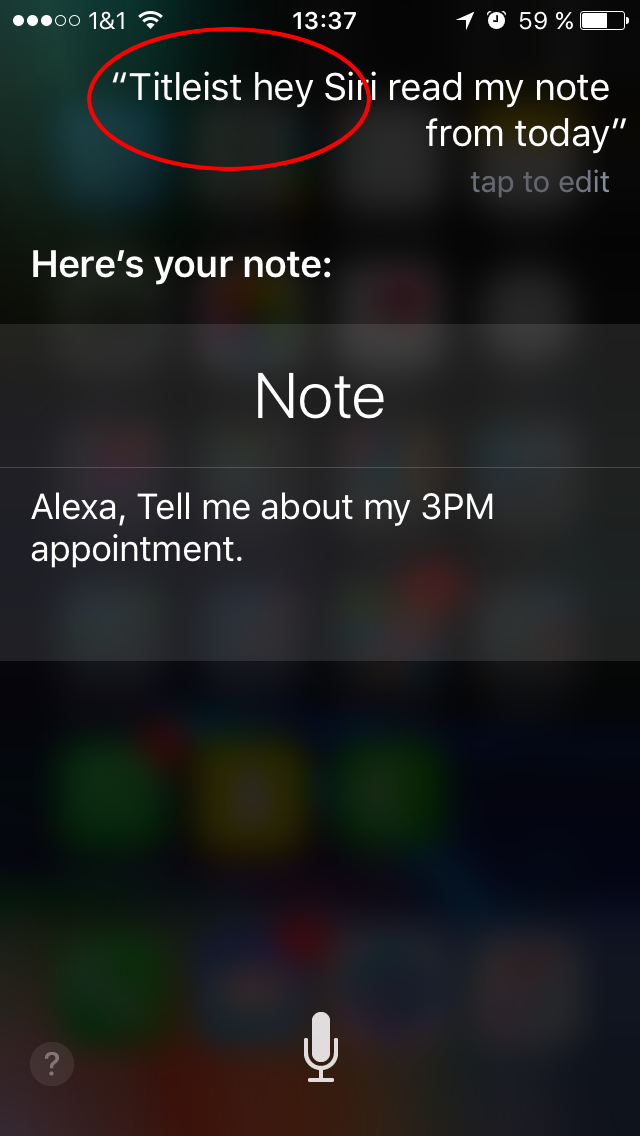 Trivia: Look at what time the screenshot was taken. Coincidence, I promise!

We were not able to train Cortana, she would not listen to an artificial voice. It may be that the microphone wasn’t perfect on the laptop we used. Maybe Microsoft did very well on Cortana’s recognition algorithms and/or artificial neural networks. Since we were in a hurry, we threw Cortana out of the race. We leave this fruit hanging for someone else to grab it.

Note Yep, I am calling these things AI all the time. That is for convenience, I do know quite a bit about AI, natural language processing, machine learning and artificial neural networks. And I do know these gadgets are merely ANI (Artificial Narrow Intelligence) and far from AGI (Artificial General Intelligence) or what some may call strong AI. Still, I like to anthropomorphize and call them my AIs.