A few days ago my wife and I visited the Teide Observatory on the volcano island of Tenerife. We learned about the donkey’s belly cloud-blocking weather phenomenon that makes the Teide national park the perfect place for stargazing. Yesterday, after sunset, we jumped into our tiny rental car and drove into the Teide crater for some astrophotography.

Not having any idea about proper astrophotography equipment we relied on our Pixel phones night sight feature. Last year Google introduced an astrophotography mode to night sight. It wasn’t obvious how to trigger this gem but after trying a bit we found out that one needs to aim at the sky and hold still. Once the camera app detects the sky it will suggest taking an astro photograph. Holding still isn’t too easy, though, especially given the long exposure times of one minute (Pixel 3) and four minutes (Pixel 4).

We had to improvise and found one common household item to be most valuable: A jar opener. 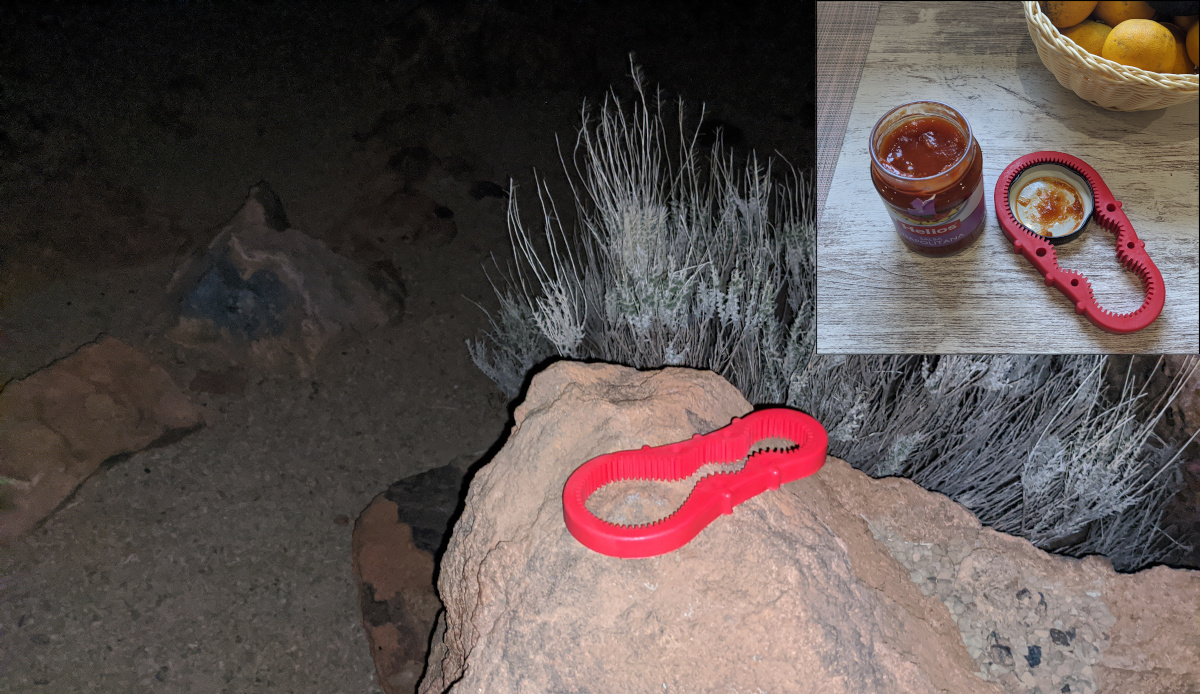 With a little bit of adjustment the jar opener allowed us taking photos at various angles.

From photos including the horizon to shooting directly at the night sky above us, the jar opener proved to be invaluable.

My wife was able to take long exposure shots by just placing the phone on the jar opener with the backside facing up. No more scratching the display.

With the Pixel 4 we used a cheap phone tripod. That worked well for photos with a flat angle but wasn’t too good for shooting straight up.

The resulting photos aren’t masterpieces. Nevertheless, I’m impressed how much one can get out of an ordinary smartphone in 2020. Keep in mind that we are neither experts nor did we have any equipment besides the cheap tripod and the jar opener. 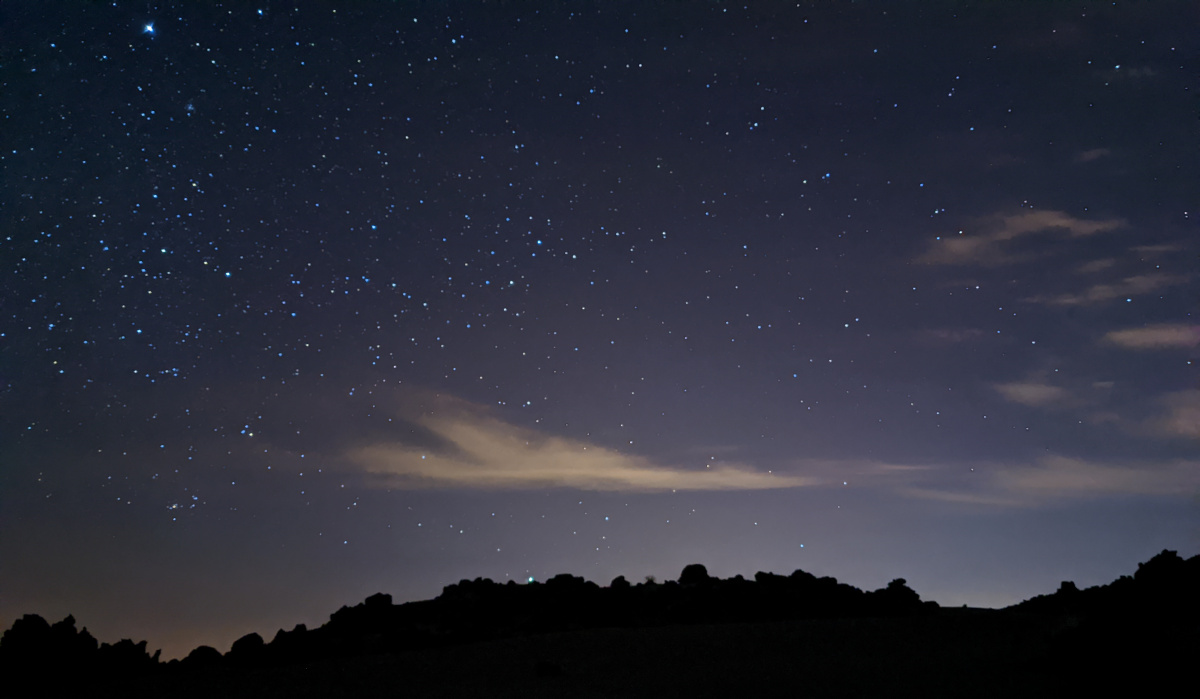 Later I looked for the Pleiades star cluster. I’m amazed by stars visible to the naked eye and the Pleiades are a group of those. Luckily they northern hemisphere night sky still features the Pleiades in February. With a little help from Sky Map I was able to find my favorite star cluster.

The tripod wasn’t of great help as it tipped over whenever I had a good view of the star cluster. However, I was able to mount it onto a hiking trail sign and then I got a really good photo (for a smartphone camera) of what I believe are the Pleiades. As I said, we are no experts. 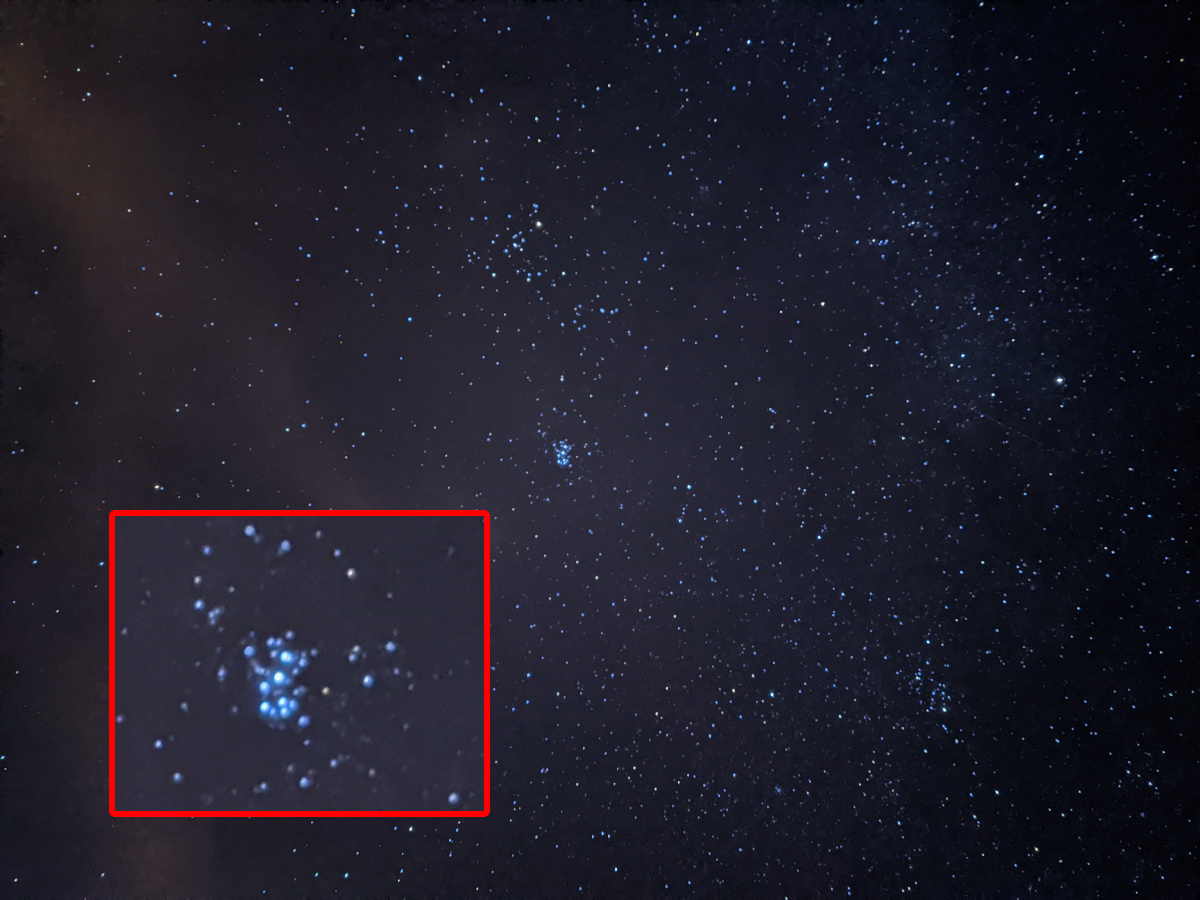 The Teide Observatory owns the ground on which the telescopes stand on. Most telescopes are financed by international research institutes and private companies. They get the ground for free in exchange for donating 20% of telescope time to the observatory for their research projects.

According to our tour guide this telescope is owned by Google.

These two telescopes are said to be owned by SpaceX.

The observatory is also home to one of the the world’s largest solar telescopes: GREGOR. It has been paid for by German tax money. You’re welcome. 😜